What makes the ACCTING project distinctive?

The European Green Deal aims to improve the wellbeing of citizens and future generations by providing efficient use of resources for a circular and clean economy. However, inequalities emerge in the context of its policy and interventions. The EU-funded ACCTING project produces knowledge and innovations to advance behavioural change for a gender equal, inclusive and socially-just European Green Deal, focusing on the inequalities produced by its policies. In this article, we explore the project’s goals and challenges, the features that make it distinctive and the difference it aims to make.

What are the goals and challenges of ACCTING?

We often think of the global climate crisis as ecological, which of course it is. It, however, also has tremendous economic, social and political impacts on individuals and societies, which are often overlooked. Just as climate change doesn’t affect everyone in the same way, the impacts of policies responding to the climate crisis are not evenly distributed either. The poorer, marginalised, and vulnerable groups are generally the most acutely affected, exacerbating existing socio-economic inequalities. If the Green Deal is to “leave no-one behind”, the necessary behavioural change must be accessible to all.

ACCTING aims to understand the impact of Green Deal policies on vulnerable groups in order to better prevent inequalities. The project produces knowledge and innovations to advance behavioural change at individual and collective levels for an inclusive and equal European Green Deal.

Environmental challenges can lead to a reorganisation within societies, as citizens consider lifestyle changes. However, behavioural change is complex. Multiple individual-, group-, and country-level factors may influence the success of translating intentions into sustainable practices.

At the individual level, complex inequalities, such as age, gender, ethnicity, socioeconomic status, urban/rural, and their intersections, affect our perception of problems and policies and our capacity and ability for behavioural change in different ways.

ACCTING studies behavioural change both at individual and collective levels. The project looks at social practices and behavioural change processes, including enabling factors as well as factors inhibiting the European Green Deal from delivering on its promises.

As we have seen, the impacts of policies responding to the climate crisis can have unequal effects, with vulnerable groups generally the most acutely affected.  Women representing one of the largest vulnerable groups globally, gendered inequalities are a central part of ACCTING’s research.

The project is informed by a gender+ approach, which highlights gender relations, but also considers how gender intersects with, and is intersected by, other inequalities. Our aim is to understand and analyse the (re)production of inequalities in the context of Green Deal policies and interventions.

Placing a gender+ dimension at the core of the project ensures that the needs of different groups, in terms of economic, social and environmental outcomes are given full consideration.

A singular methodology based on co-creation

Another distinctive feature of ACCTING is its methodology. The project runs for 40 months (about 3 and a half years) and is divided into two research and innovation cycles. Each cycle consists of four steps: research, creativity, solutions, outcomes.

The singularity of the creativity step is that it is based on co-creation, bringing together different types of stakeholders from various disciplines. Gathering multiple expertise, this step develops insights and co-designs solutions that feed the other stages at three levels:

What difference can ACCTING make?

By providing in-depth knowledge of inequalities caused or worsened by Green Deal policies and involving stakeholders in the co-creation of solutions, ACCTING will have four main impacts:

Access to healthy and sustainable food: a challenge for different vulnerable groups in Europe

Access to food is not equal across the world, as is common knowledge. Inequalities in...

END_OF_DOCUMENT_TOKEN_TO_BE_REPLACED 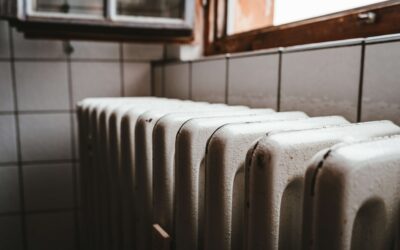 What are energy communities? Who do they typically include and what does it say about how they could be improved?

END_OF_DOCUMENT_TOKEN_TO_BE_REPLACED 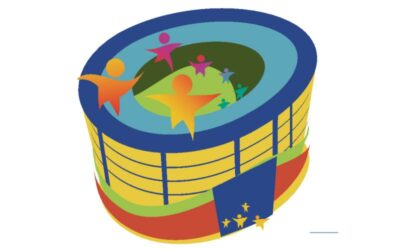